Participatory Design as we Age

On April 22nd, 2021 we held the first in our series of ‘International Conversations in Ageing and Technology”. The event was organised by a team of network members interested in co-design and ageing – Helen Manchester, Juliane Jarke and Susan van Hees.

The event kicked off with 6 very varied five minute provocations from six amazing scholars working across anthropology, HCI/Information systems, gerontology and age studies, sociology and scholars working at intersections of these fields and with ideas from science and technology studies (STS). These scholars and their provocations are shared below. They included scholars who have been previously engaged with our network and those we have read with great interest and hope might be interested in getting involved.

As the main form of participation during the event we designed a concept board where we asked for all those attending to make contributions. Between each provocation we gave participants 5 mins to add questions, themes, ideas to the concept board related to each of the provocations. As people added to the board, we played music – which seemed to be one of the most popular features of the event. Everyone loved the brilliant Arlo Parks’ new album.

Loving the format of provocations alternating with contributing to concept board – especially use of music in Zoom event! Hoping @Helenmanchester will share playlist! #experiencedesign

Following the provocations groups were formed to discuss the emerging themes that came out of the varied provocations, using the ideas and themes on the concept board as a resource. Each group was asked to discuss and make notes on their concept board related to their ideas. Feedback for the format of the event was largely positive:

Great discussion today @socgerontech about designing technology with & for older people. Good summing up title from @almostjohnvines: if participatory design is so good, why do we live in a world of horrible technologies?

Although some participants found the concept board difficult to access and use.

Themes to emerge during the event were varied but included discussion around:

You can see the final concept board, that provides a great documentation of the event, as well as the slides of all presentations here:

Participatory Design as we Age – Concept board results

Participatory Design as we age – Presentations

@stephen_skatz suggest to write a Co-Participatory Manifesto, ‘how to do it ethically‘, concerning designing technology for older adults. #PDasweage #socgerontech

Don’t forget we have some other ‘International Conversations in Ageing and technology’ planned – including topics such as ‘Care and Dementia’ and ‘Critical Robotics.’ If you’d like to stay in touch with how we progress with the work and know first about the other events in the series then do consider becoming a member of the socio-gerontechnology network. 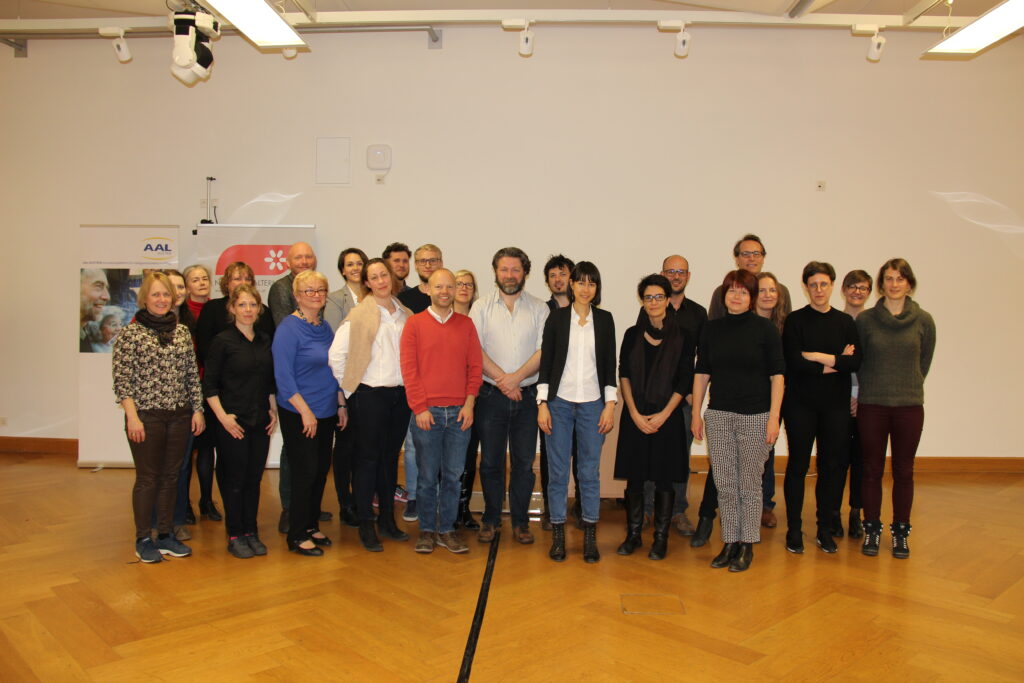 In the course of the meeting we discussed topics around agentialism, personhood and cyborgism, (re-)configuration, representation, qualculation and mutual emergence of older adults and technologies in care and robotics, blogging, whatsapp, gaming and co-design. We also found time to take a new group picture – please find it attached to this newsletter.

In June 2019, the network gathered in lovely and sunny Stockholm to share and discuss topics around socio-gerontechnology (and enjoy midsommar!) Around 40 researchers discussed the relationship between theory and practice in socio-gerontechnological debates. Besides our interest in theory development, many of us are involved in applied projects and/or working with practitioners, and it is not always easy to translate our theoretical perspectives into these fields. Hence, the workshop provided a great opportunity to discuss the challenges, but also the benefits of bringing theory and practice closer together. On 25th 2019, a group of Socio-Gerontechnology network members met in Utrecht to discuss strategies about the future of the network. The rationale for this was that the annual meetings have become too big as to be a suitable forum to discuss concrete action steps to develop our network further. One main result of the meeting was the establishment of working groups that will take responsibility for different thematic areas (e.g. communications, meetings). 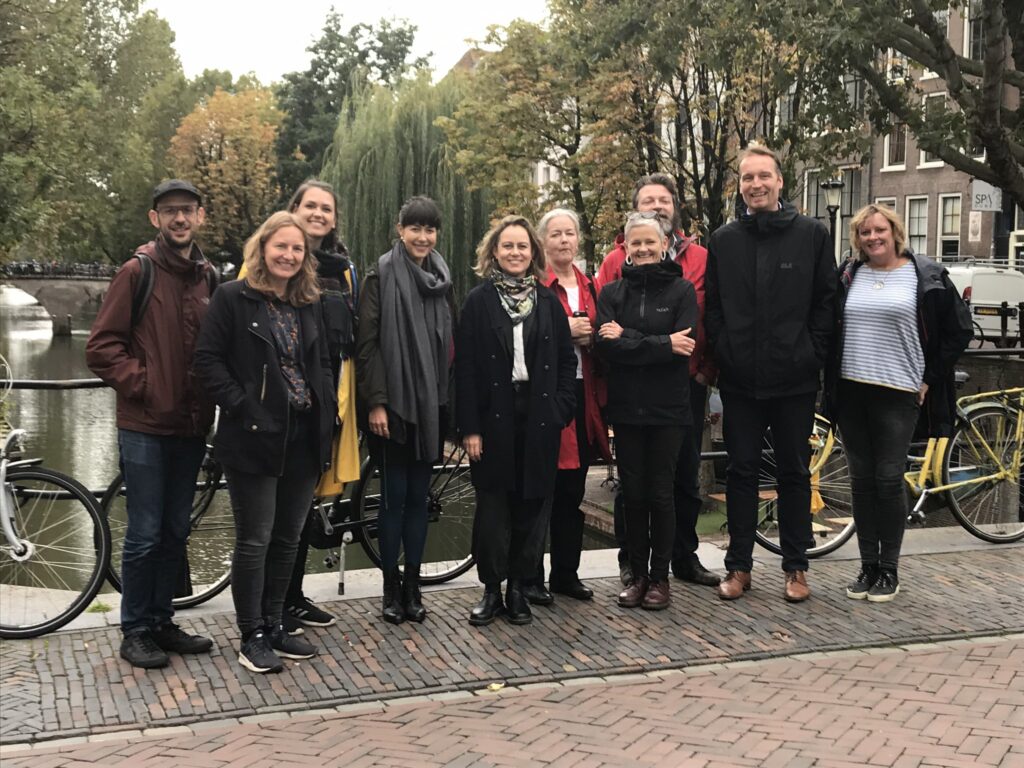 On 7 July 2020, the 1st General Assembly of the Socio-gerontechnology Network took place. During the meeting, we have agreed on exciting new plans for our future. Among others, we elected a founding board and executive council for the network. The board and council will work during the next 12 months on formalising the network with the aim of incorporating it as a legal entity that will allow us to work on our aims even better, and have official network members. We also launched the brand new Socio-gerontechnology Website, www.socio-gerontechnology.net! 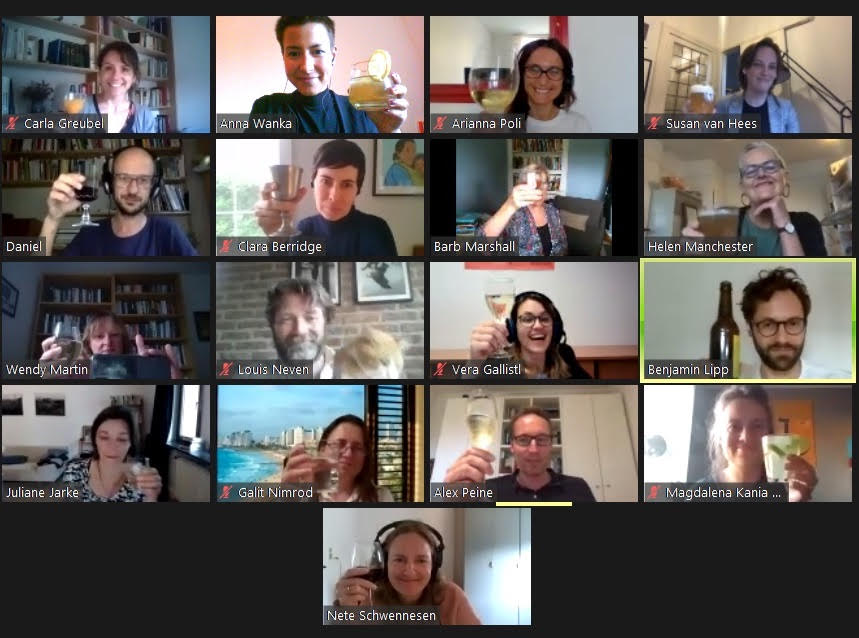 The first get-together of the networks happened at sessions at the 4S/EASST 2016 conference and 10th World Conference of Gerontechnology 2016. During the joint 4S/EASST conference in September 2016, a dedicated track with 18 papers brought together scholars from STS and Age Studies to discuss critical perspectives around ageing and technology. During the 10th World Conference on Gerontechnology, four sessions explored various STS and Age Studies Perspectives in relation to the practices of gerontechnology policy and design. From that point onwards, the Sociogerontechnology network has been present at numerous conferences, across STS and gerontology.

On June 15th 2017, on the occasion of the IS4S-The International Society for Information Studies summit, a panel on “Ageing and technologies” was organised by some member of the the Socio-Gerontechnology network. The panel brought together different perspectives (applied ethics, caring science, science and technology studies, computer science, design) in order to further reflect on the ambivalence involved in the interaction between ageing and technological innovation.

From July 15th to 21st 2018, some members of the Socio-Gerontechnology network met at the XIX ISA World Congress of Sociology in Toronto. In the session “Socio-Gerontechnology – Theorizing the Digital Life Worlds of Older People”, we discussed matters of mutual emergence of older adults and technological innovations, the resourceful and creative interaction of older adults with technologies and problematic aspects of user-centred design. Some of us continued the debate until late at night at the Thoroughbread, where we enjoyed Toronto curiosities like Ceasar’s cocktails and ‘beer-flavoured beer’.

The International Association of Gerontology and Geriatrics European Region Congress 2019, 23th-25th May 2019 in Gothenburg, Sweden, included a session on “Age and Agency in a Digitized World – New Perspectives on Use and Non-Use of New Technologies in Later Life”. The session focused on the manifold ways that older adults act with technologies and which emancipatory potential might be gained from critically analyzing technology use and non-use in later life. Presentations included papers on social pressure of internet use in later life, ICT Non-users experiences of digitalization and everyday smartphone use by older adults.

The international conference of the North American and European Network on Aging Studies, Trent Aging 2019, featured a panel on “Critical Engagements with Ageing and Technology”, which brought together diverse approaches in AS und STS that have critiqued mainstream gerontology’s approaches to studying ageing with technologies. The panel included papers on aspects of stability and emergence in ageing and technology, mundane practices and technologies in the everyday lives of older adults, agent and actants in technologies in later life and ways to transfer these theoretical approaches into critical perspectives beyond the academy.